Today’s sophisticated consumer looks to shop in a modernist architectural space with an industrial flare. The modernist aspect of this is key, in lieu of the on-going technological revolution. With consumers having so many other options available to them online, it is necessary to rethink the overall shopping experience. Usher in the future of retail, the ubiquitous “concept store.” Gone are the days of the overwhelming department stores. This generation wants to know where our clothes, furniture and accessories are designed and made, and more about the designers themselves. Innovative brands with unique design ideas create the experience-based alternative lovingly known as the concept store.

Many are familiar with the stories behind the famous couture scene in Paris, yet little has been told about its net-a-porter beginnings. Post-World War II France saw immigrant Jewish and Chinese communities begin to create among many businesses, the business of fashion. With the movement came many factories and ateliers in the now famous Marais area. Although many factories have since been moved to other neighbourhoods or even outside of Paris to reduce costs, many remain and others are being transformed into spectacular concept stores. The old factories and ateliers have an open-air loft feel, giving them a beautiful contrast to the typical Parisian ancient stone buildings and structures. The luminous but cozy feeling showcases many of its belle opaque steal framework and exposed wood framework. It is as if the architect Mr. Eiffel himself kissed the buildings with his touch of modernism and controversy at the same time.

The concept store, which has been described as a meticulously curated collection of items tied together to express a theme or lifestyle, is making its mark. In the 1990’s Colette burst onto the Paris fashion scene and it seemed the brand was ahead of every trend, for years on a league of its own. We now have many new concept stores focusing on fashion and design. These stores are meant to inspire and often have cafes or libraries adjacent to them to create a sense of community. Although the theme of a concept store may change, sponsored by a different innovative brand as often as each month, the structure of the building is the one constant, and a direct contributor to its allure.

Here are our three favorite concept stores in Paris to make us all dream a bit bigger. 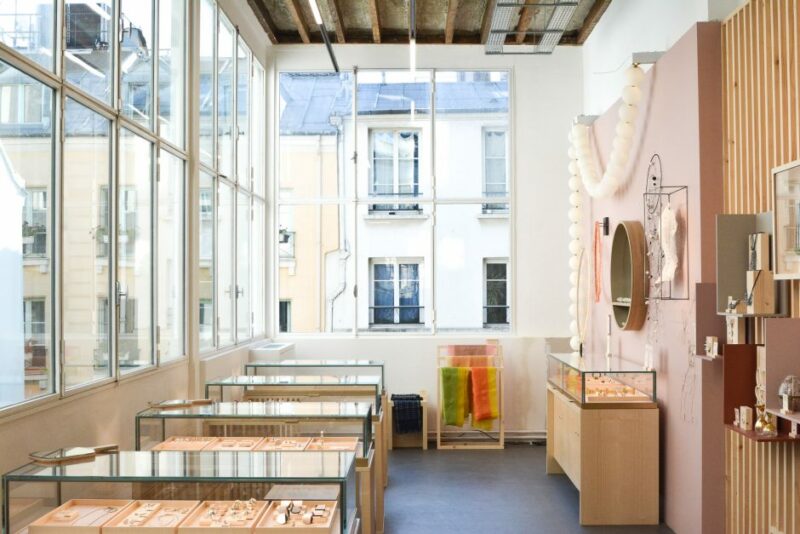 The newest craft concept store situated in the Haut-Marais (the new neighborhood just above the classic Marais) consists of four floors and even a projection room in the basement. The artwork, jewelry, furniture, lighting, and accessories, such as its hats section, are either unique or limited editions and come from the workshops of France’s most coveted artisans.

The space was designed by Elizabeth Leriche with the expressed intention of creating, “a subdued and linear atmosphere that places almost exclusive emphasis on exhibited objects.” Like most concept stores looking to create an environment, Empreintes also features a cafe and juice bar. 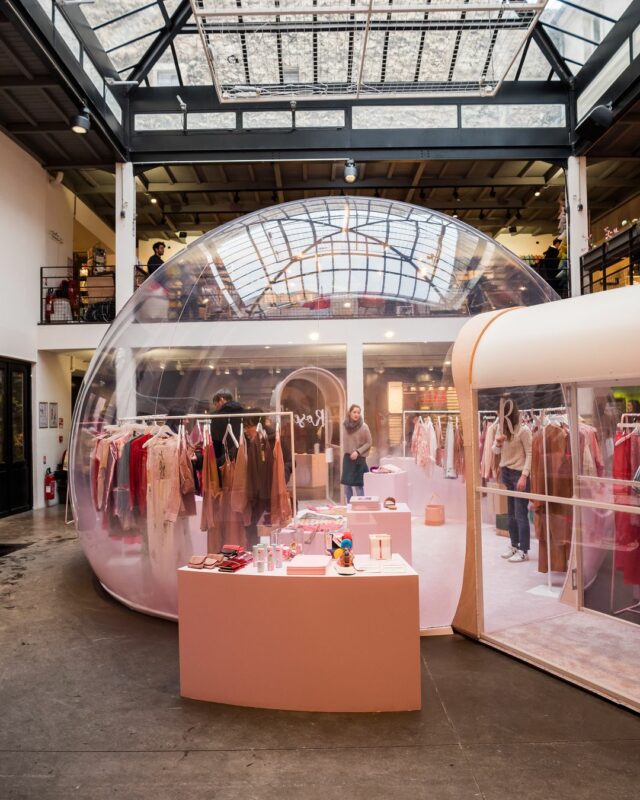 Opened in an old 1500 square meter wallpaper factory in the Marais, it was one of the first in Paris to bring together the worlds of men’s and women’s fashion and interior design. Their metallic walls juxtapose the existing concrete floors as the vintage and upcycled light fixtures reflect on their sky-light roof. 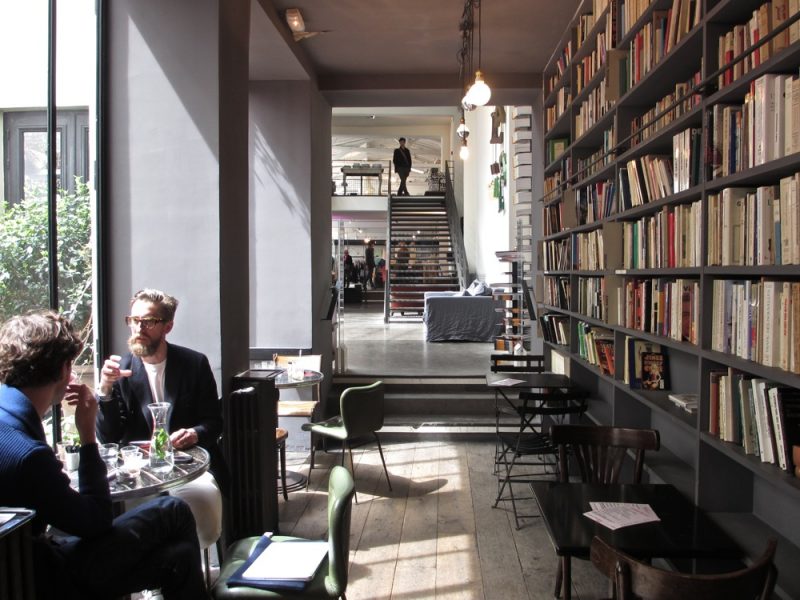 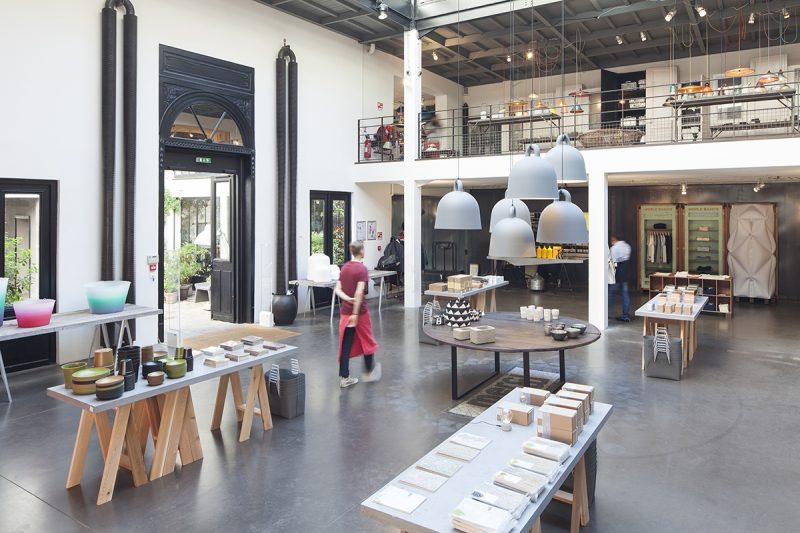 Their wanderlust-inducing designs will have you browsing for hours as you truly feel at home. Their home collection speaks to the DIY fanatic in all of us. Every piece seems to transmit a refurbished, loved feeling you can only get from recycled items. 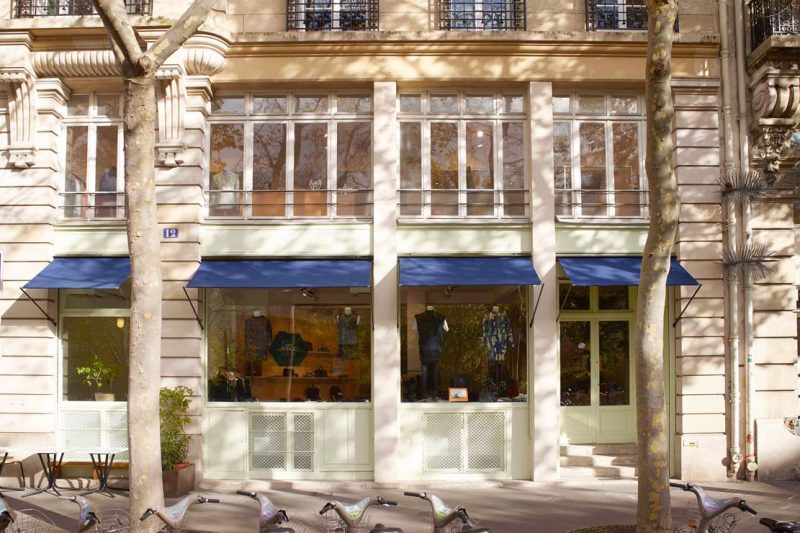 Situated in the Haut-Marais , Broken Arm will most definitely attract the alternative crowd. Even the name seems a little bizarre, yet that is exactly what the owners want to convey. From Nike to Patrik Ervell, Carven to Kenzo, the retail space has it all, including a corner coffee shop. There is no clutter designed around angled metallic walls and weathered concrete floors. The building’s spacious, geometric interiors really make for a great bobo (bohemian bourgeois) experience. 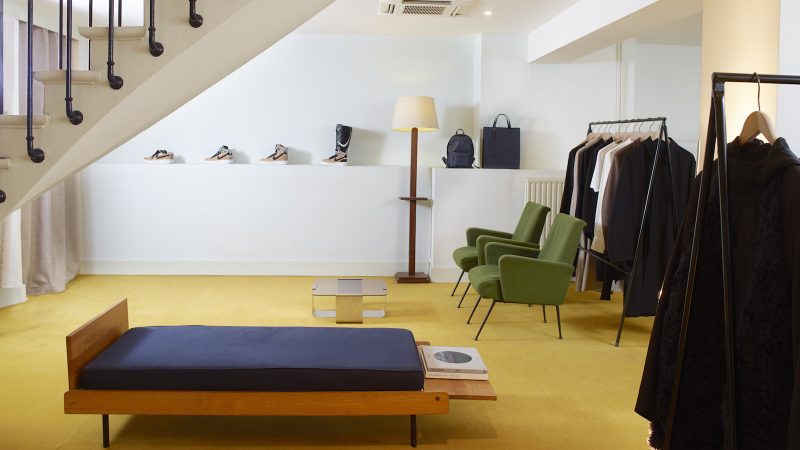 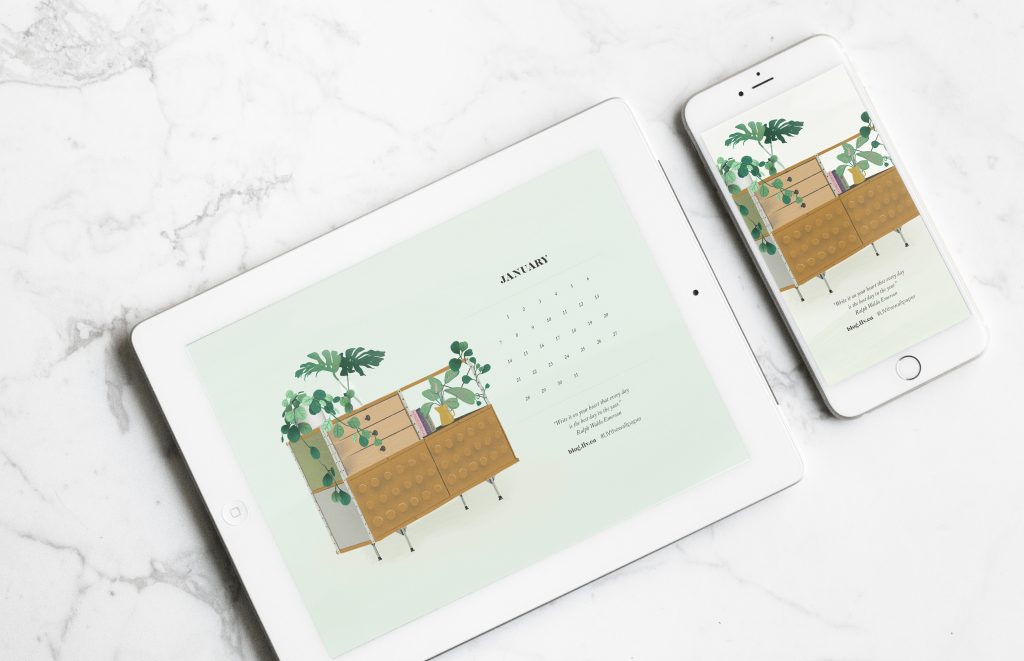 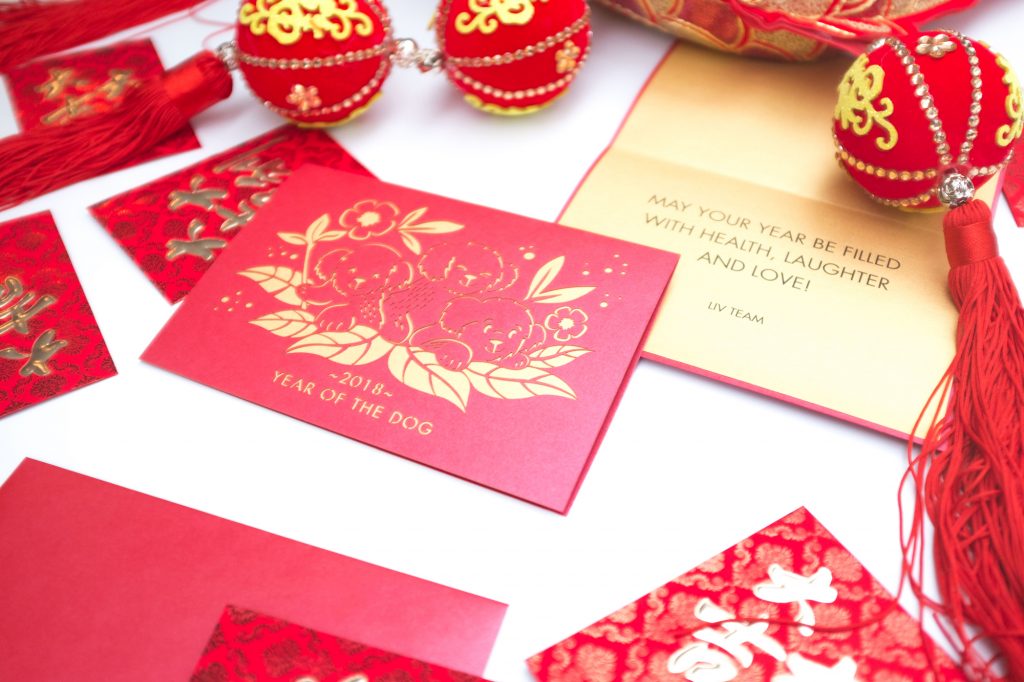 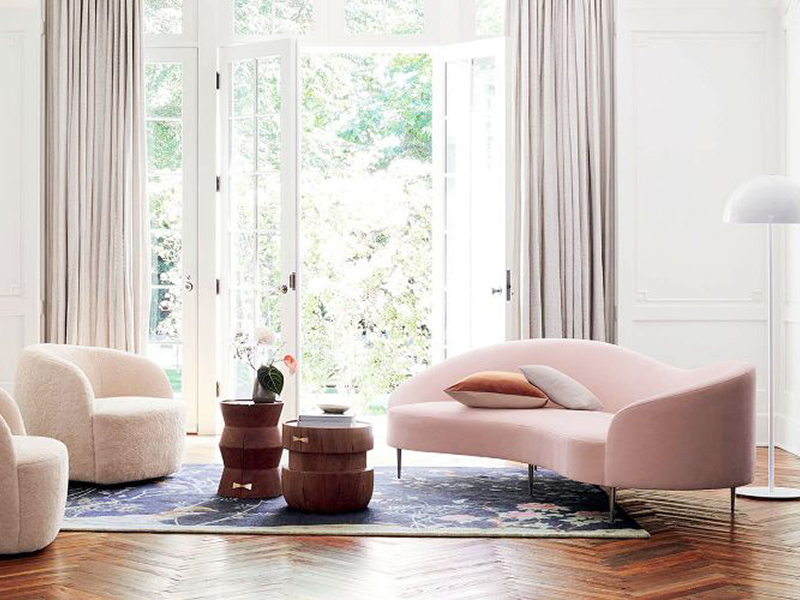 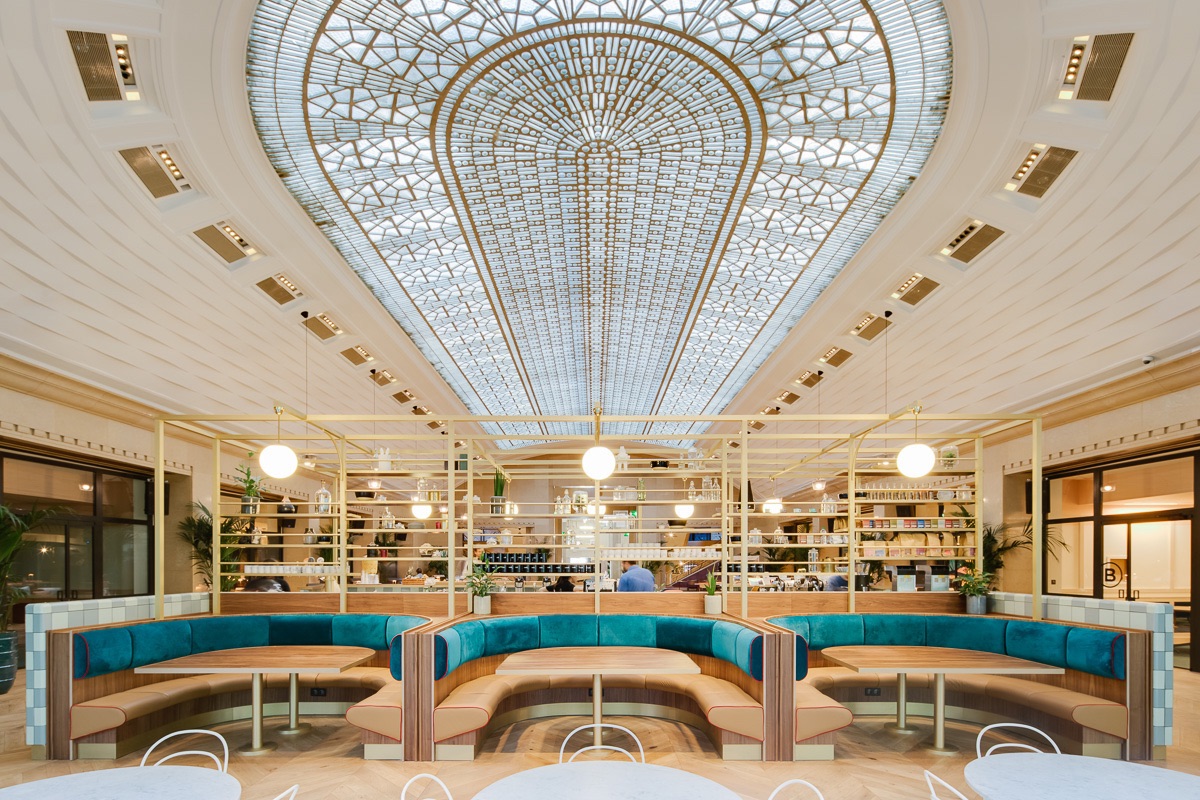 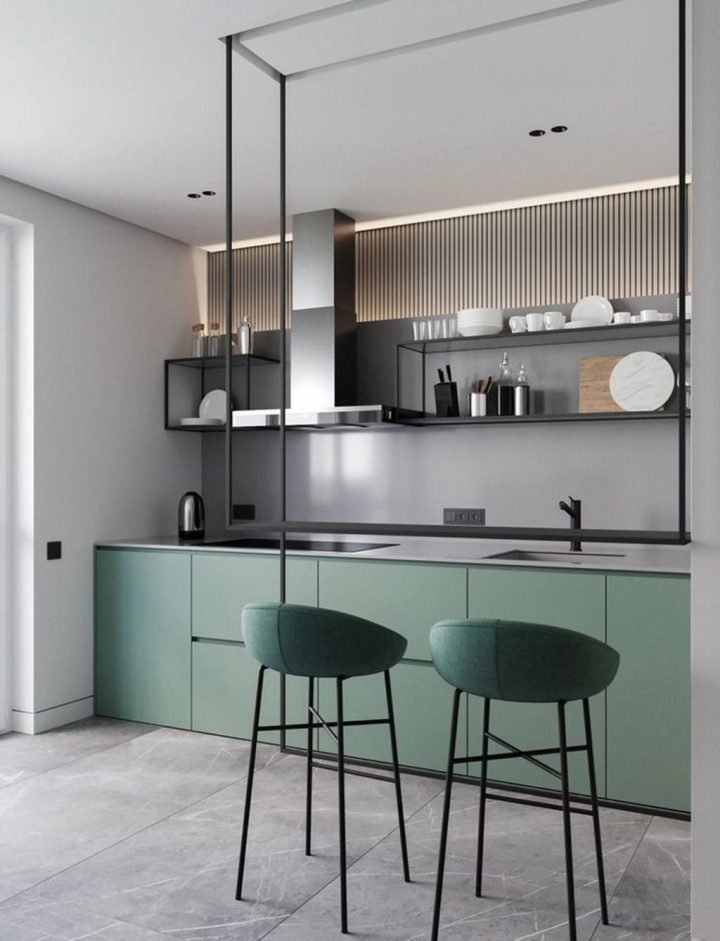 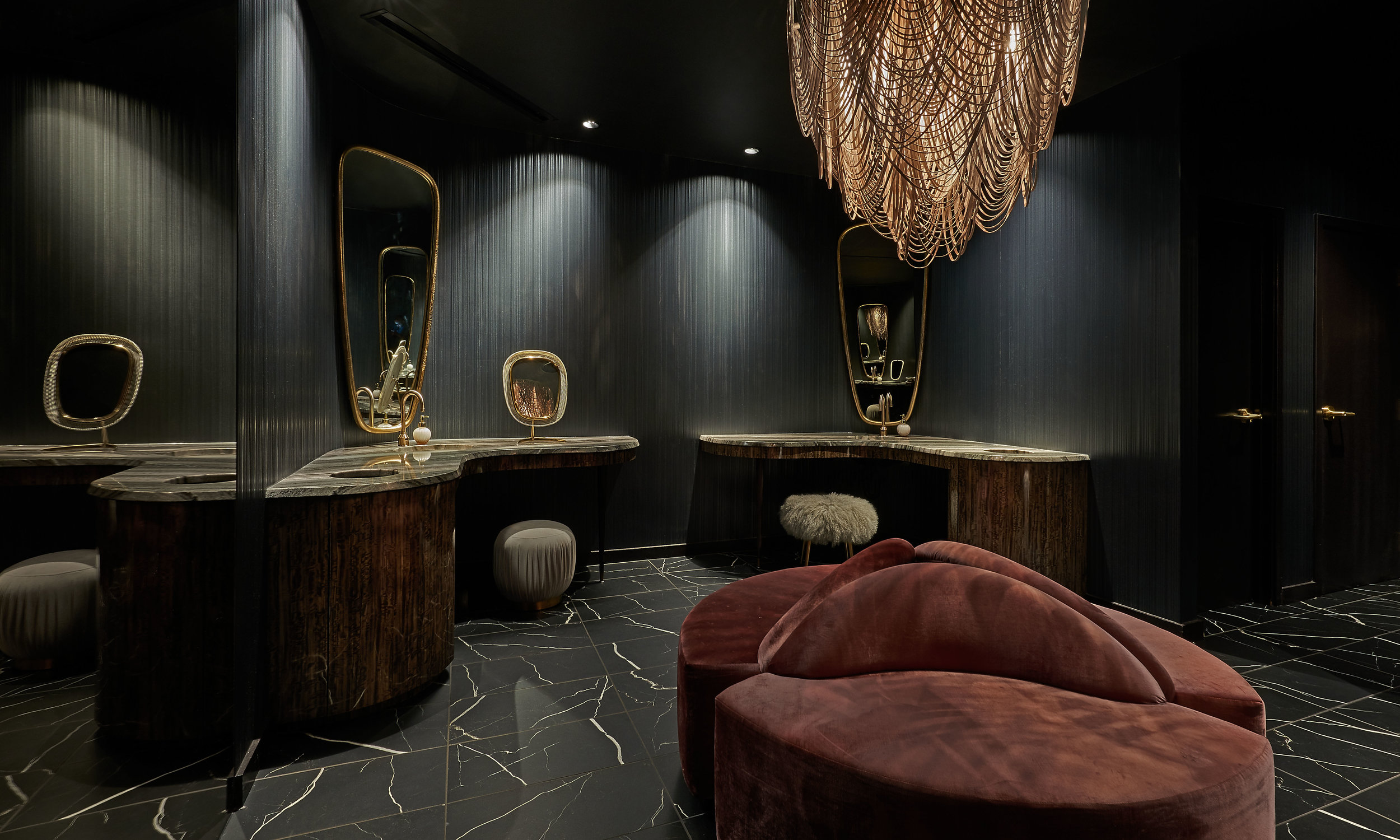 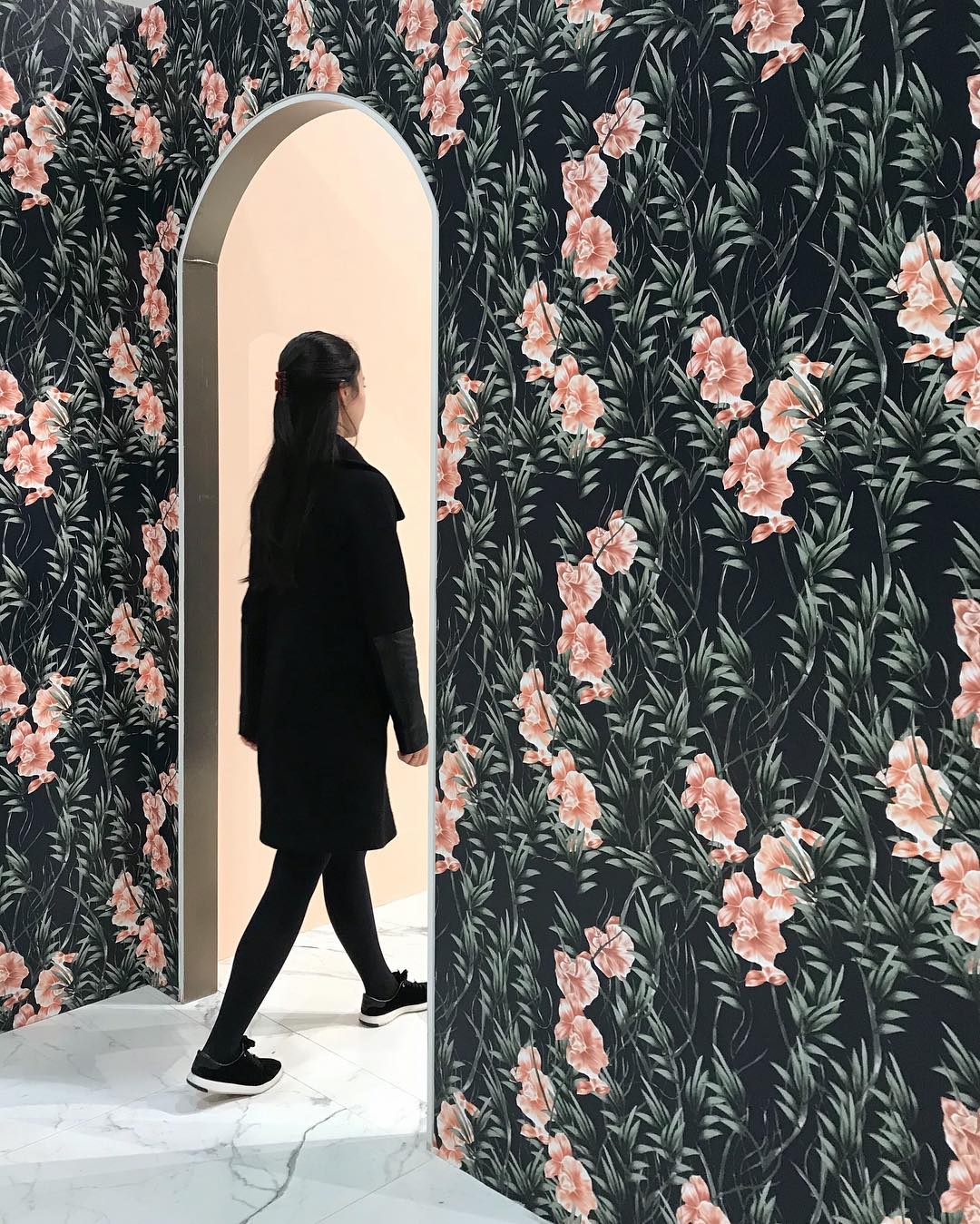 LIV DesignSubscribe to our Newsletter