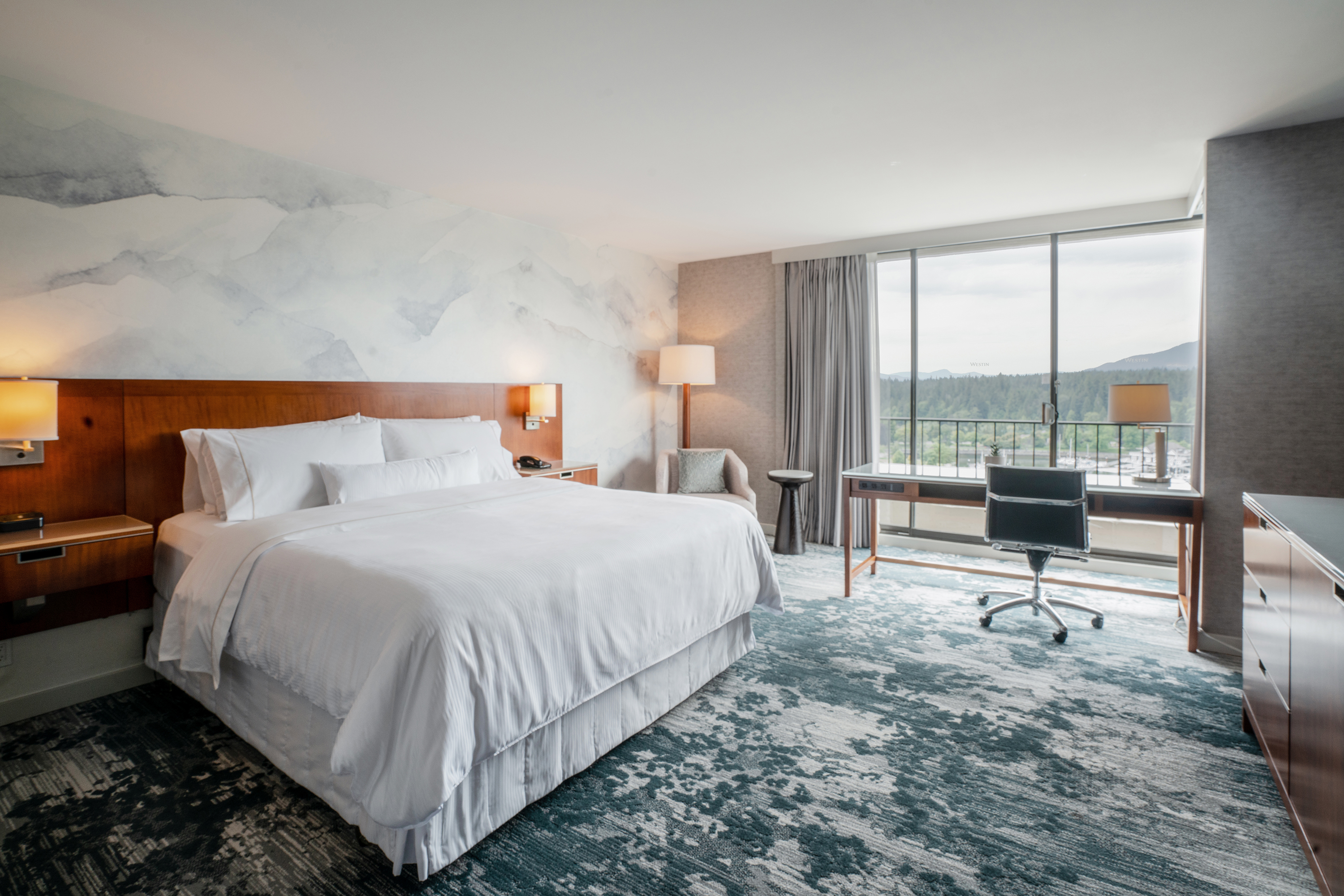 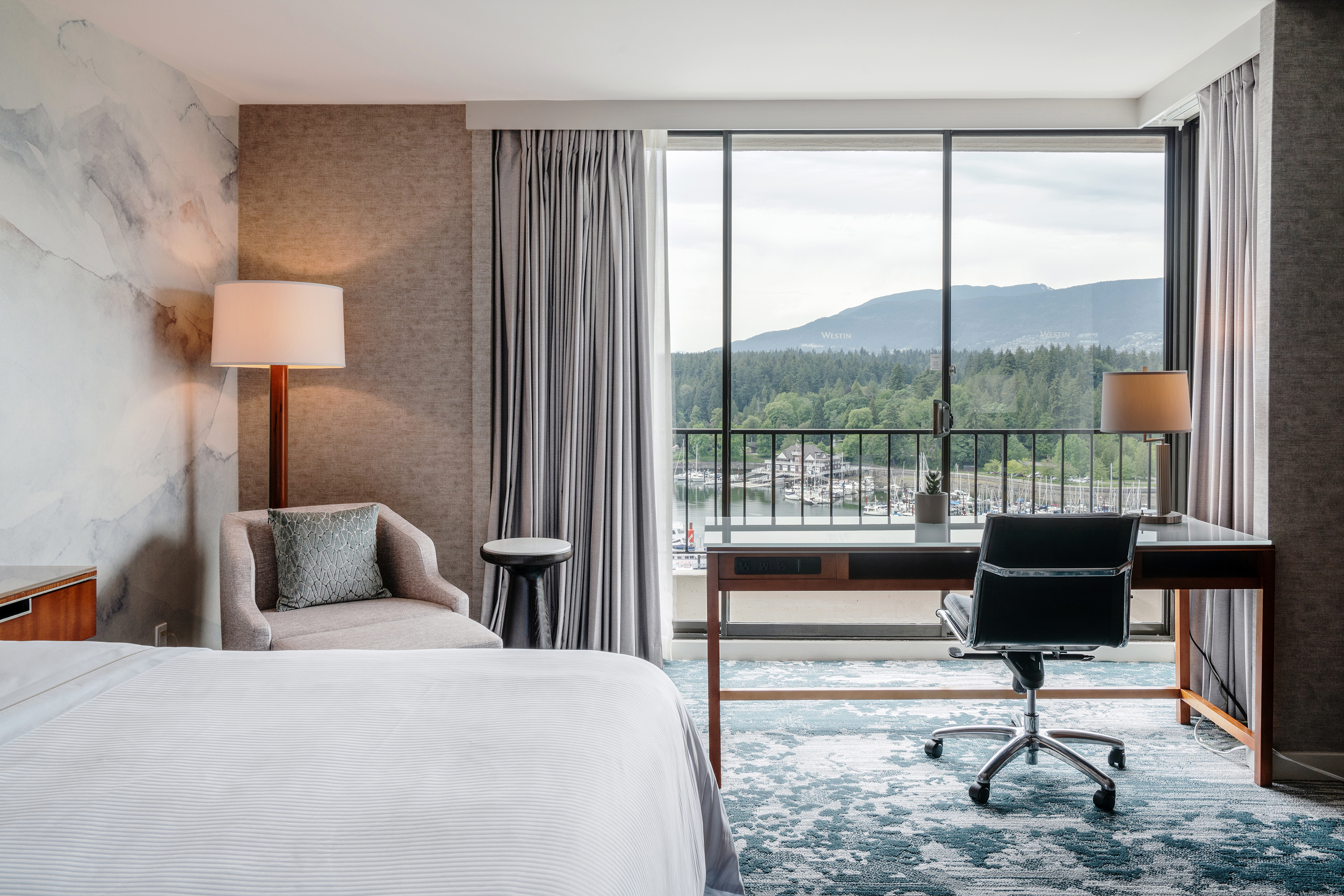 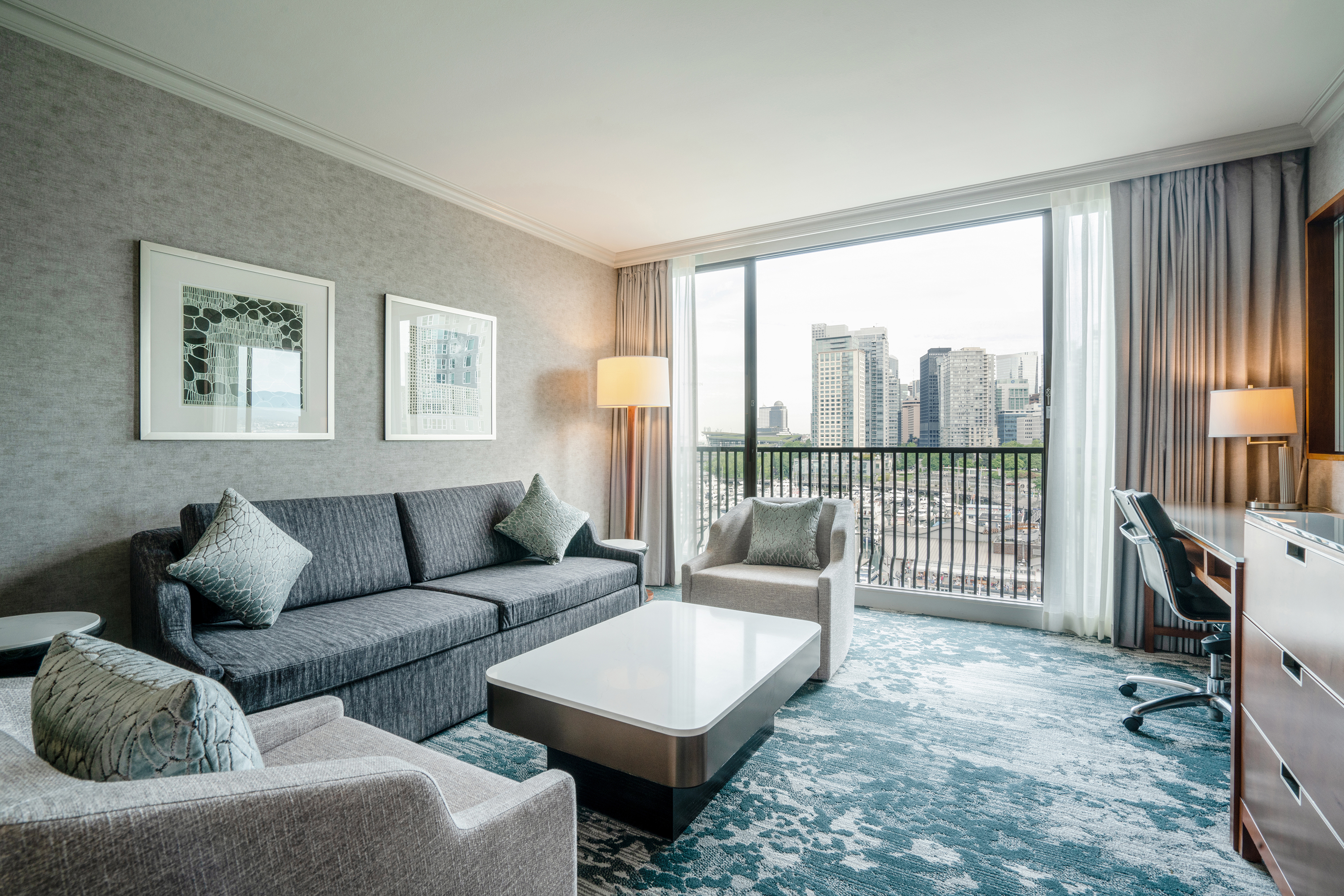 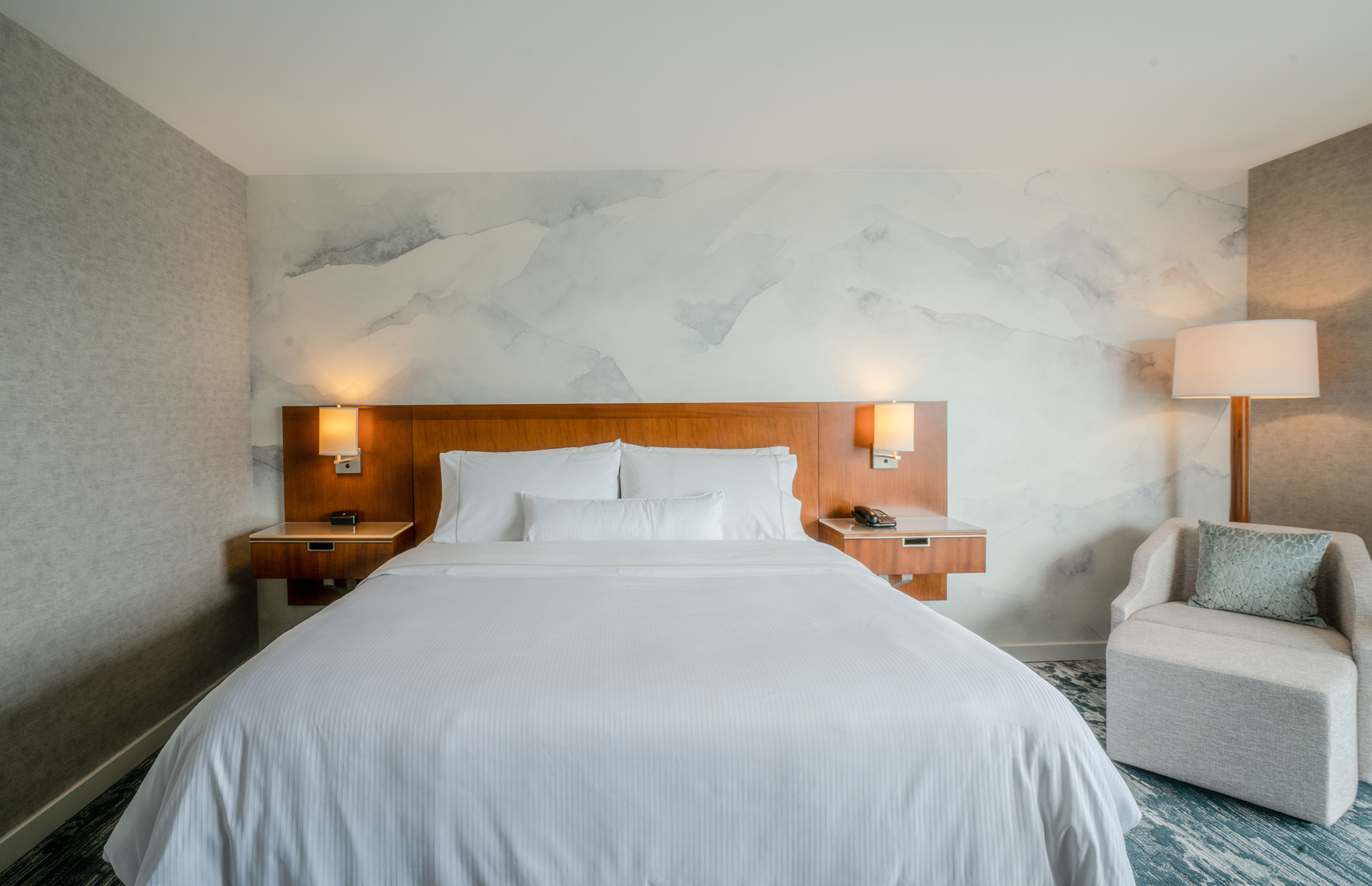 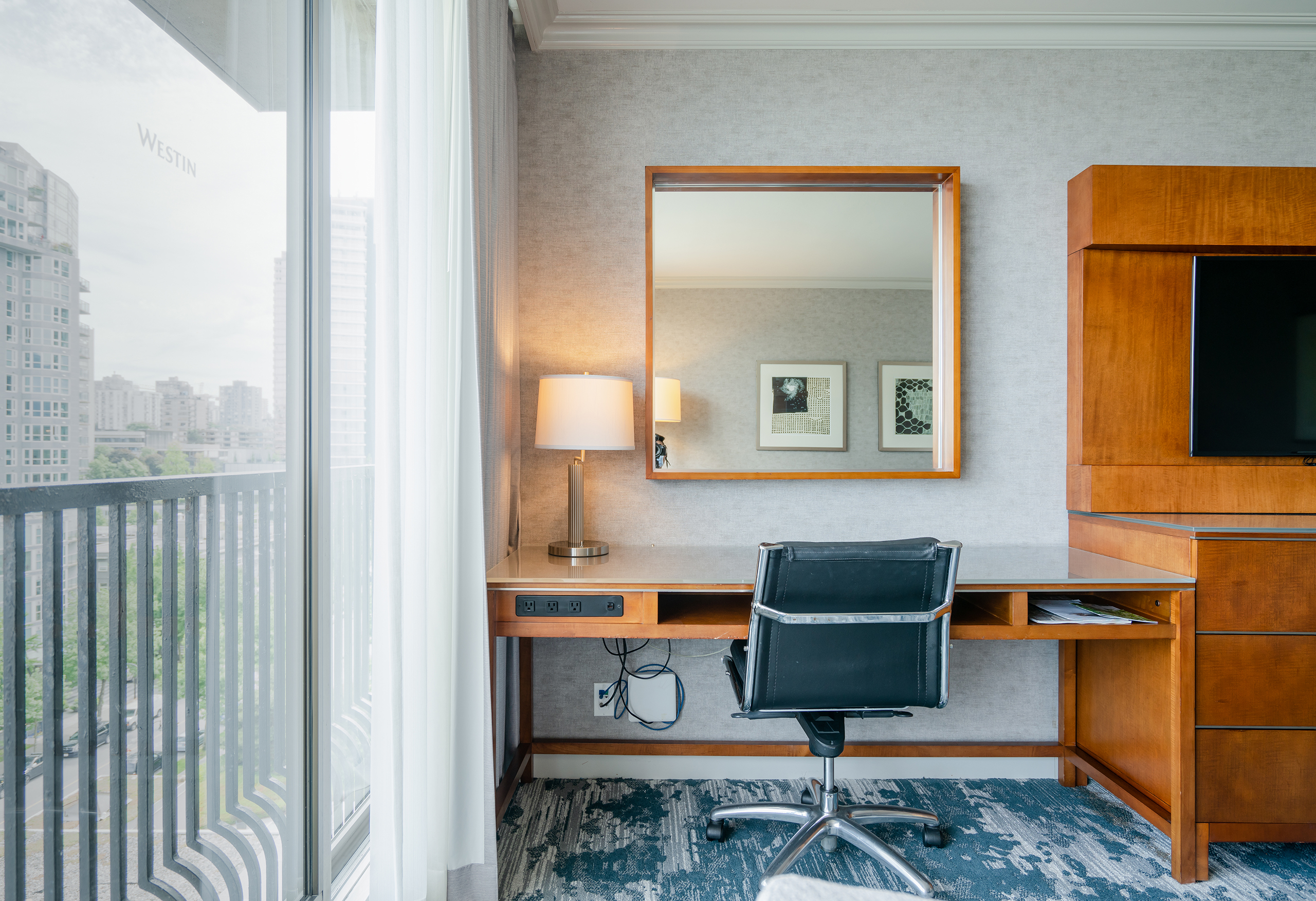 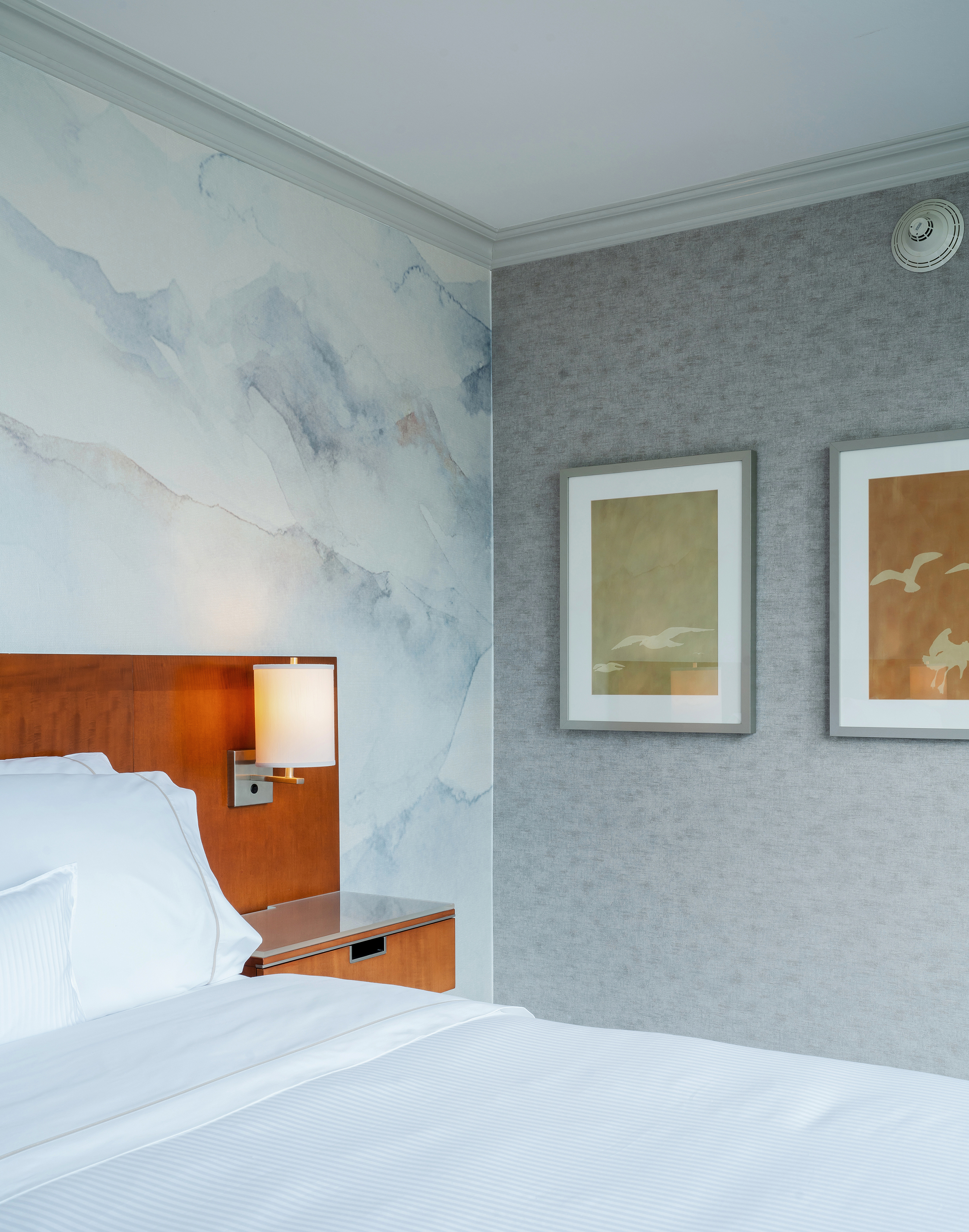 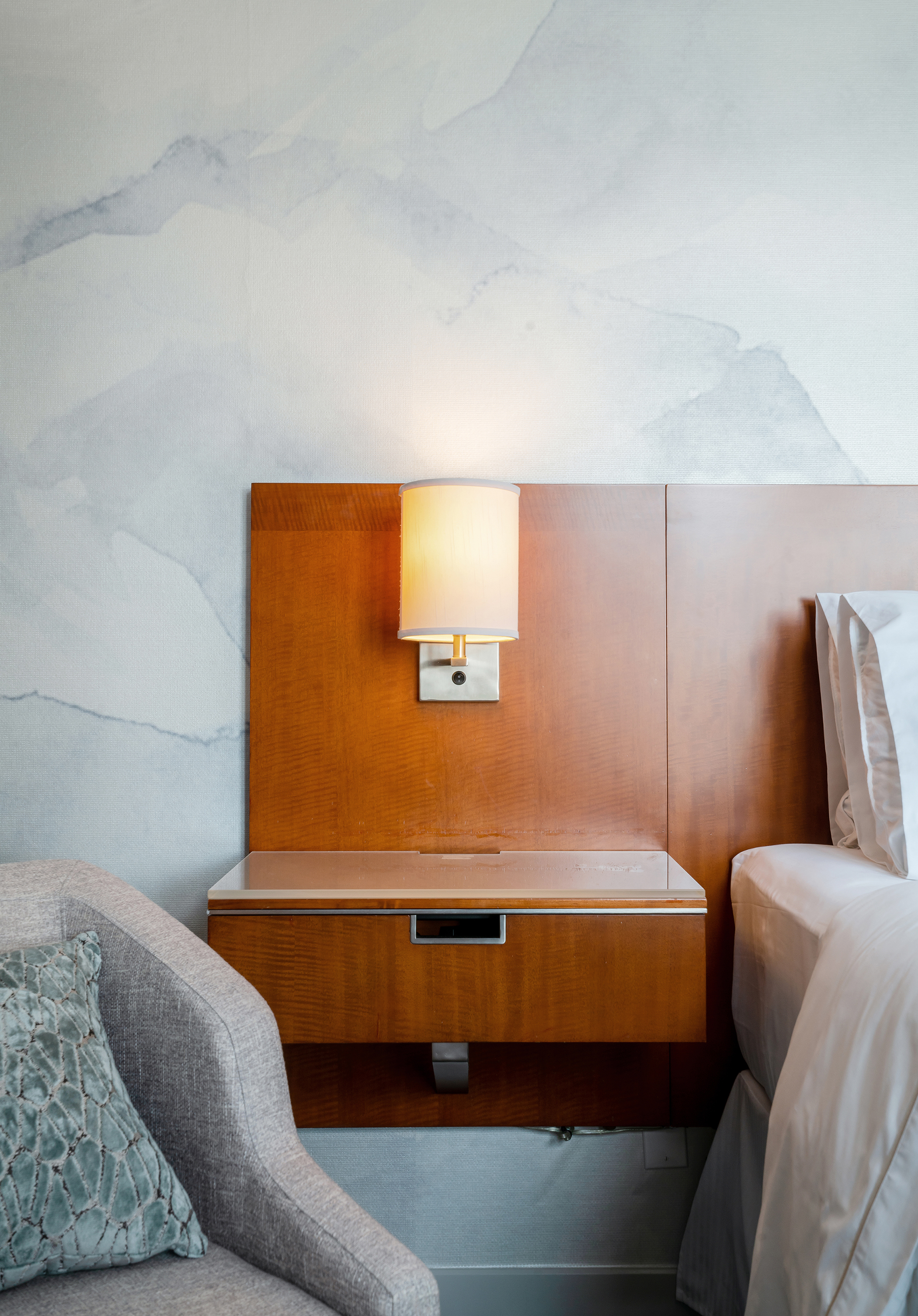 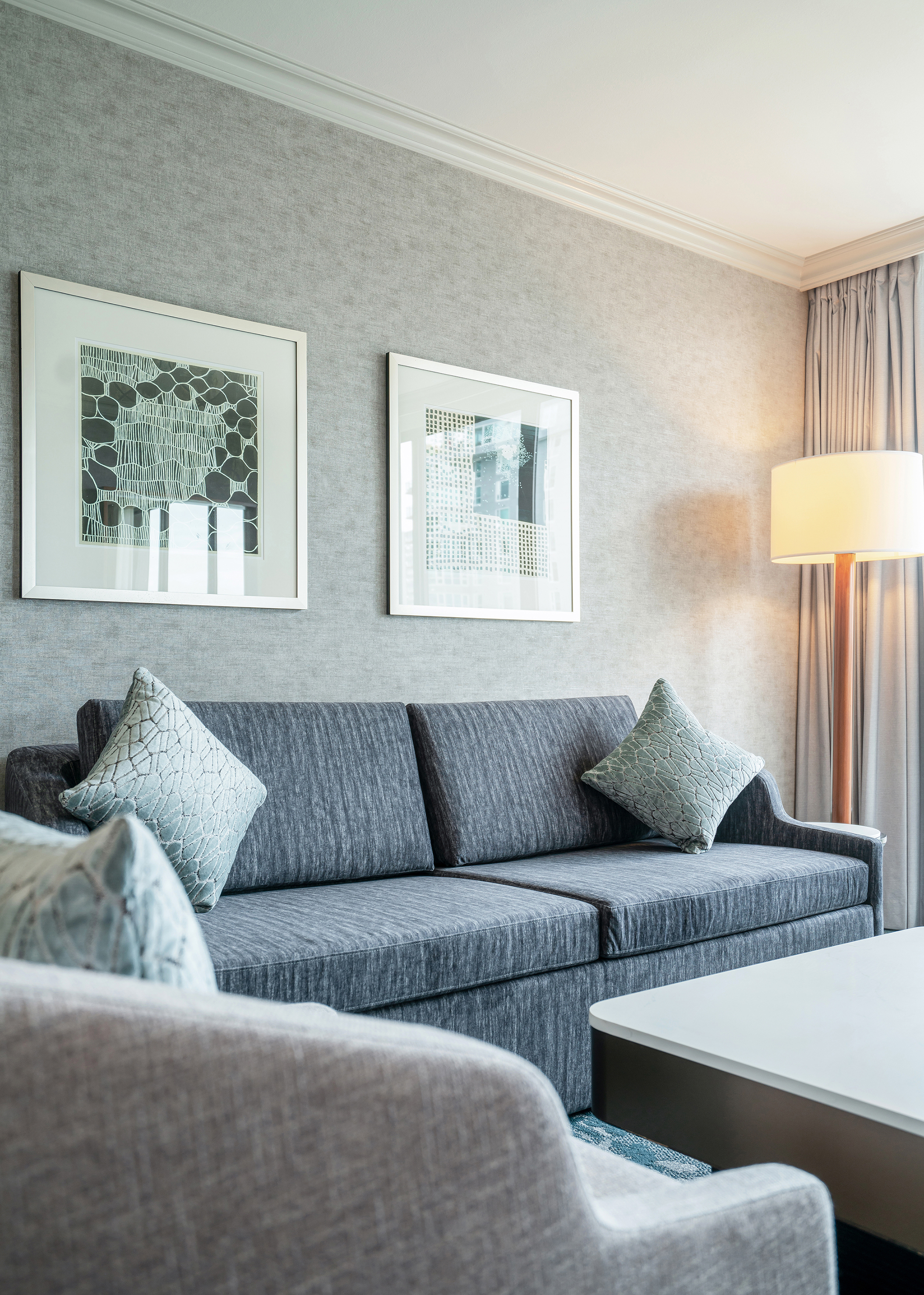 The Westin Bayshore opened its doors in 1961 establishing Vancouver as a resort destination. At the city’s edge, next to Stanley Park, this gem, now managed by Marriott Bonvoy, still reflects its mid-century roots but has been renovated and expanded in an elegant and impressive manner.

LIV Design was commissioned to re-design the guest rooms and suites which feature warm grey tones and warm woods to reflect the natural elements of the west coast. The feature wall, behind the beds, has been re-covered in a print reminiscent of ethereal clouds and adding to the visual harmony of the guest room. A warm walnut veneer was chosen for the headboards, side tables and desks. Carpets are a highly textured, custom broadloom that feature an undulating pattern that is both soothing and earthy, grounding the space perfectly. 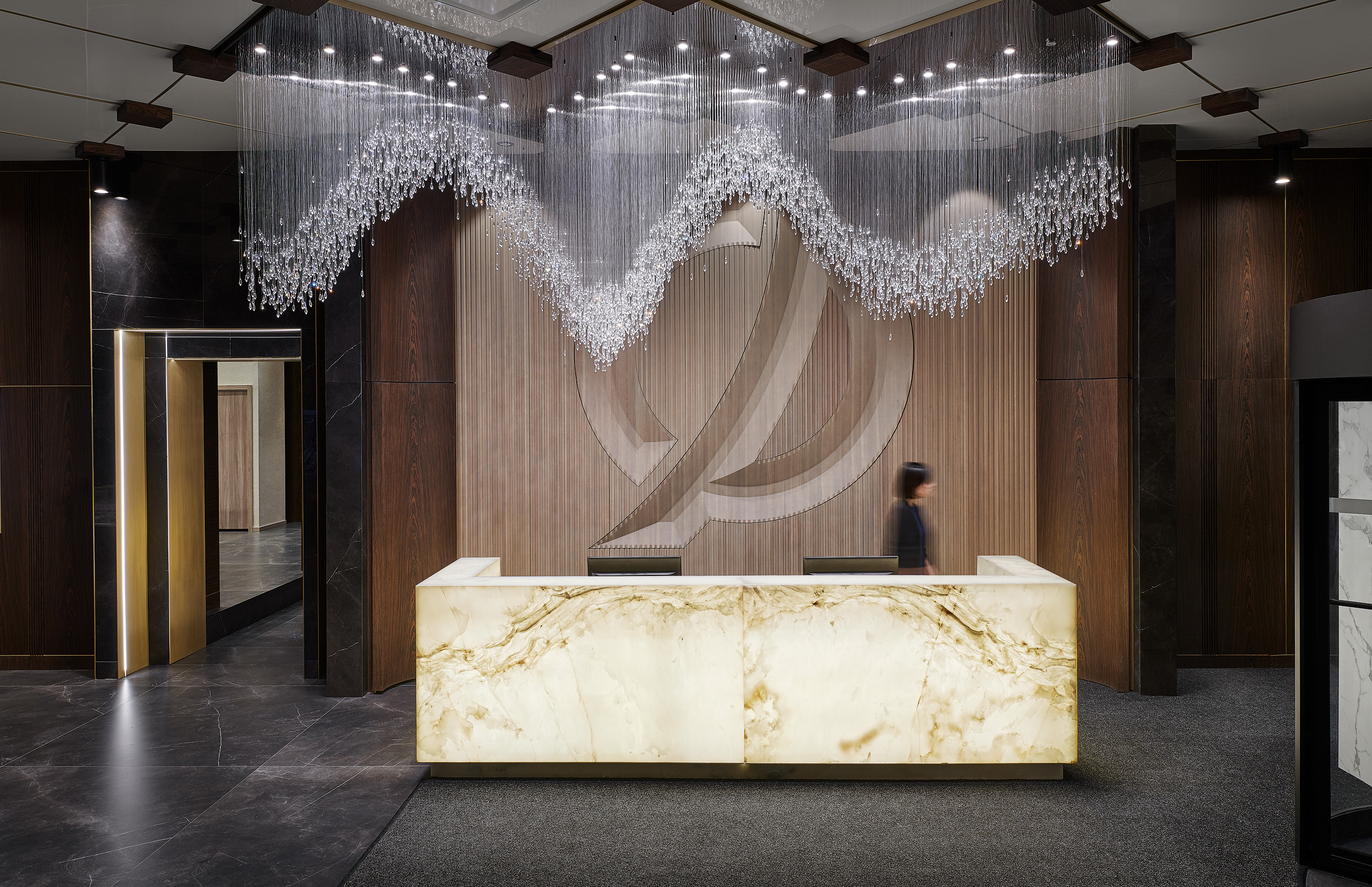 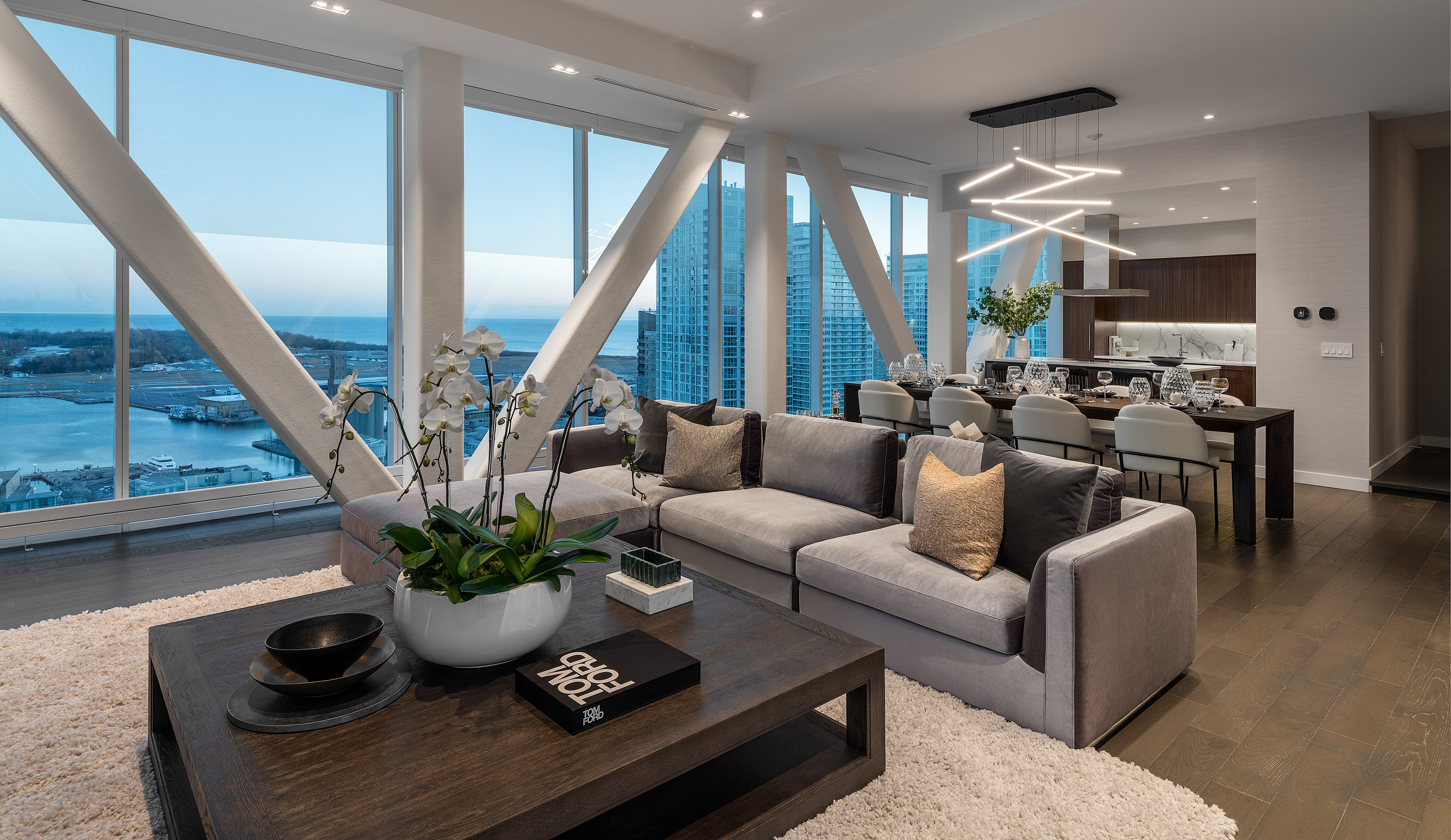